A blog about many things.

No Widgets found in the Sidebar Alt!

No Widgets found in the Sidebar Alt!

This year for the Labyrinth Of Jareth costume ball we are going as the ice queen and king.

-For my costume I am using a beautiful ball gown wedding dress a friend gave me as the base for my costume.  I plan on making a crown, cape, and adding bling to the dress.

-For Taylor, we have an almost complete costume already.  There was an old costume store in town called Williams Costume that recently closed because the owner passed away.  It was very sad because they had a lot of great stuff and had been a staple to the community for many years.  They held an online auction for everything in the store they needed to sell and we ended up buying a king costume for Taylor.  The only piece I will be making for him are some black pants.  He is going to 3D print himself a crown and buy some boots. 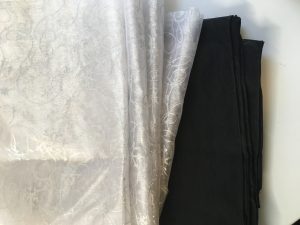 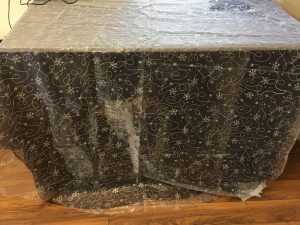 Here is my cape fabric and the cape once I had cut it out.  You can’t really see the shape since I don’t have space to lay it out.  It’s going to attach at my wrists and on the tops of my arms.  It should look really cool when I lift or put my arms out.  I might also be adding a bejeweled design to the cape.   I am still pondering that addition to it. 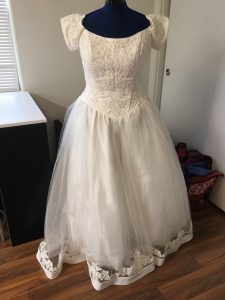 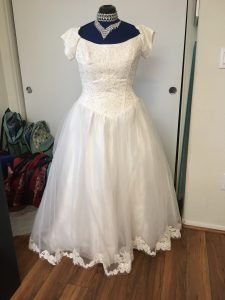 Here is the dress unaltered as well as after cutting the bottom hem off.  I plan on adding rhinestones that I’ve purchased from Amazon all over the dress, but mainly on the skirt part of the dress. 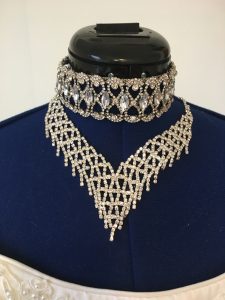 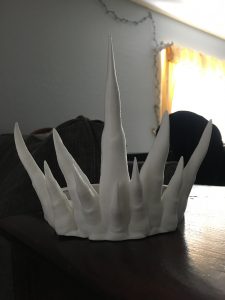 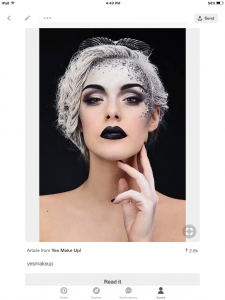 I have a couple necklace choices.  Not sure which one to go with yet.  I will probably have to put the costume on and decide which one I like best. I also have a first draft of the crown Taylor has designed and 3D printed for me.  We might make it a bit bigger and we plan on adding icicles all the way around instead of just at the front.  Here is the makeup I hope to achieve.  I plan on also getting pointy black finger nails put on.  I want to go with all the dark accents to make it seem like I am frost-bitten from being in the ice all the time. 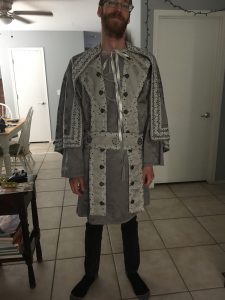 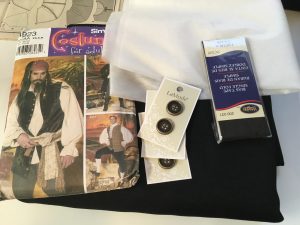 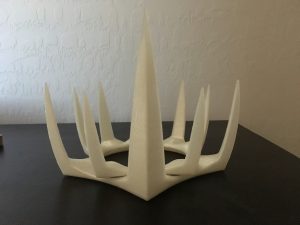 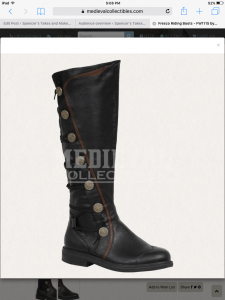 Here is the costume we won in the auction as well as the pattern/fabric for Taylor’s pants I am making.  I have cut out all the pieces and started sewing them.  Here is his crown concept he is 3D printing for himself and he will paint in black to match his costume.  We will also be purchasing him some black boots.

That’s all I have right now, but as I go I will try to post more updates.